The Fifth of the 12 Antique Coins 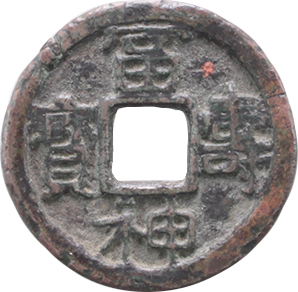 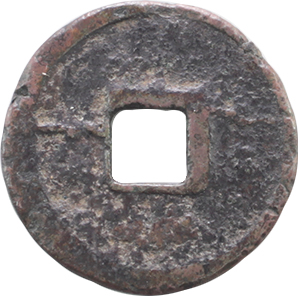 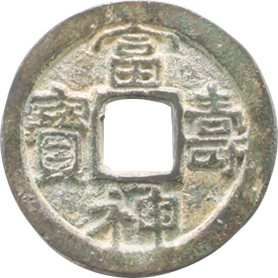 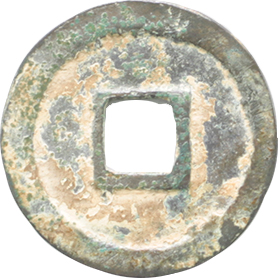 (From left to right, top to bottom) (1) This is the rare “Tate Nuki” variety, selling for just under $7,750. (2) Closing at just under $750, later issues such as this are much more affordable. Photos sourced with permission from AuctionWorld

The fifth Antique coin of Japan is known as the Fuju Shimpo (or Fuju Jinho, 富寿神宝). Cast for just 17 years, from 818 AD until 834, these coins had, as before, four characters on the obverse and a blank reverse. These four characters read “Fuju Shimpo,” or Divine Treasure of Wealth and Long Life (according to Hartill). First introduced in November of the 9th year of the Konin period, these cast coins were minted in the Nagato province. Interestingly, the mint director at the time was the former governor of the Nagato region up until March 818. During their 17 years of use, these coins became smaller and smaller due to a decrease in the amount of copper mined. In fact, the shortage became so severe that previous issues of the 12 Antique coins were re-cast into Fuju Shimpo. Mintage of these coins is recorded as being at 5,670,000 coins per year from 818 until 821, then 3,000,000 until 1828, and finally 1,830,000 until 835. The calligraphy has many varieties, as with the other 12 Antique coins. Of the main varieties, two main types are identifiable. On one of these, the “Tate Nuki” variety, the calligraphy is written by the Emperor at the time (Emperor Saga, 809-823), whereas the other one main first variety sports the handwriting of Kobo Daishi, who was the creator of Hiragana – the system in which Japanese words are phonetically spelled. While the details of each variety are beyond the scope of this article, Hartill lists four, Munro depicts five, and Jones details seven. Despite their decreasing quality, copper content, and production, these coins show insight into another fascinating period of Japan’s history.