The Sixth of the 12 Antique Coins 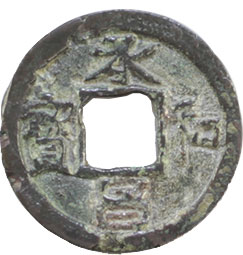 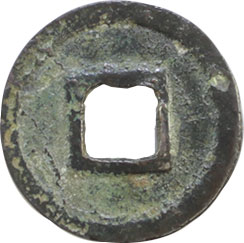 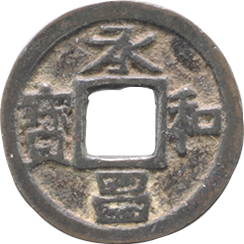 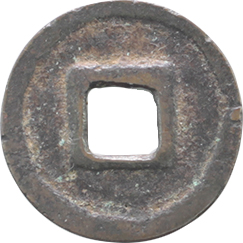 Next in the series of the Japanese 12 Antique coins is the Jowa (or Showa) Shoho (承和昌宝). In February of 835, the emperor of Japan issued a decree to establish a new currency, as the old currency, the Fuju Shimpo, was purportedly being counterfeited enough to deem the entire coinage worthless. This new coin, entitled Showa Shoho, or “Flourishing Treasure of Showa” (according to Munro), was issued for a total of 13 years until 848. With four characters on the obverse, reading Sho (or Jo, depending on the source) Wa Sho Ho clockwise, and none on the reverse, this coin matches the typical 12 Antique coin pattern. The emperor at the time, Emperor Nimmei, who ruled from 833 until 850, declared a new era, Showa (or Jowa), upon his accession to the throne in 833. T he era Showa roughly translates to “Succeeding Peace” (according to Munro). Regarding the various varieties, it appears that there are two major types. The first is the large issue, or Ogata in Japanese, and the second is a small issue, called Futsu (meaning common). The large specimens tend to measure 23mm in diameter (7.5 bu), whereas the smaller variety measures 20mm in diameter (6.5 bu). Interestingly, during the time that these cast coins were issued it appears that the Japanese were lacking copper, silver and gold, as the government issued several mandates restricting the ownership of precious metals. Issued at the standard rate of one new coin to ten of the previous coinage, the Jowa Shoho was the sixth coin of the Japanese 12 Antique coins.