The Tenth of the 12 Antique Coins 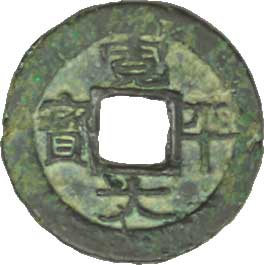 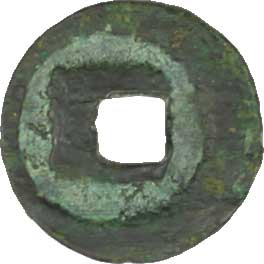 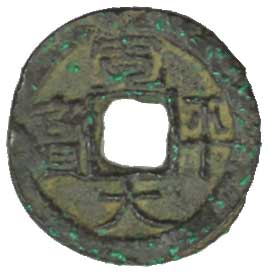 (From left to right, top to bottom) These nice examples of Kampyo Taiho both sold for close to $1,500 at auction. The first coin is the common small characters variety, whereas the second is distinguished by its long, slender 平. Photos sourced with permission from AuctionWorld

Issued during Kampyo era, the Kampyo Taiho (寛平大宝) is the next coin in the series of twelve antique coins. These coins were produced from 890, the second year of Kampyo, which means Liberal Peace, until the seventh year of Engi, 907. Inscribed with Kampyo Taiho, meaning “Great treasure of the Kampyo era” according to Hartill, the reverse is blank as with all previous twelve antique coins. Interestingly, these coins were released during a great shortage of copper. However, apparently there were several small discoveries of new copper supplies right before the Emperor Uda, who reigned from 887 until 897, had decreed the new currency. The exact origin of calligraphy on the coins is unknown, but it probably came from one of several scholars, a minister of the court, or the emperor himself. One variety in particular, with a wide Tai character, is attributed to the emperor. Hartill and Munro both list four varieties, whereas JNDA lists five and Jones lists three. Circulated for 17 years, the Kampyo Taiho was he tenth coin of the twelve antique coins.