The Fourth of the 12 Antique Coins 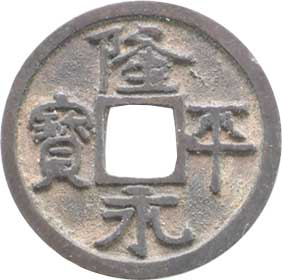 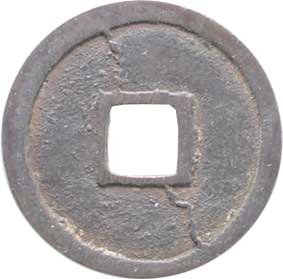 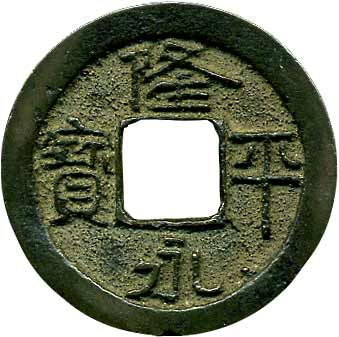 (From left to right, top to bottom) (1) This is a very rare variety where the head on the Ei (永) extends in both directions; it sold for nearly $10,000 at auction. (2) One of the more common varieties, this coin sold for about $750. Photos sourced with permission from AuctionWorld

The Ryuhei Eiho (隆平永宝) was the fourth Japanese ancient coin and was issued from 796 to 818. Denominated as one Ryuhei Eiho to ten Jingo Kaiho (the previous coin in circulation), these coins were cast in copper. Many varieties of the Ryuhei Eiho exist, and they pertain to the size of the coin and characters as well as differences in the calligraphy. Six varieties are listed in the JNDA catalog, seven varieties are listed in the Munro catalog, and nine varieties are listed in the Hartill catalog. The inscription “Ryuhei Eiho” roughly translates to “Eternal Treasure of Prosperous Peace.” These coins were issued in the Enraku era (782 to 806) under Emperor Kammu. The year after the Ryuhei Eiho was released, in 797, the Japanese government issued a decree to stop the Japanese citizens from hoarding coins. In 798, the government issued another decree stating that if a citizen was found to be hoarding coins, their wealth would be confiscated, divided into five parts, and distributed with one fifth going to the informant and the rest to the government. Another decree was issued in 800, and removed the ability for a Japanese person to buy a higher status with money. The Ryuhei Eiho was cast in copper, issued from 796 to 818, and produced during a time when the Japanese government was cracking down on coin hoarding.